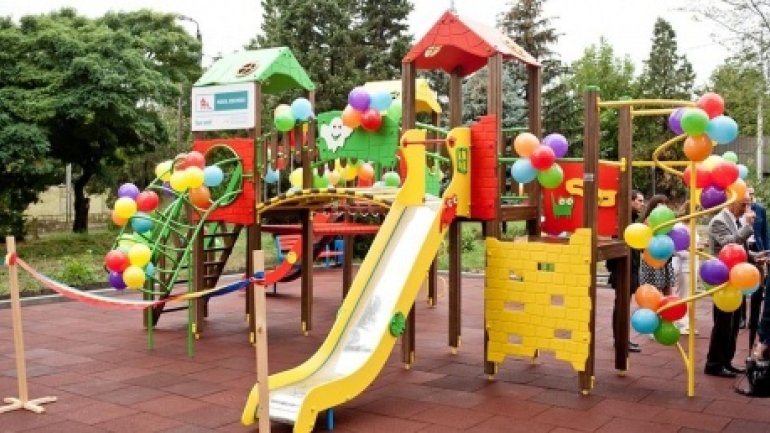 The Edelweiss Parks project reached the towns of Orhei and Soldanesti. Two playgrounds have been inaugurated there with the safest and most modern cradles and toboggans. The kids are happy to have places where to play, as the parents are satisfied to know them safe.

Some parents from Soldanesti say it’s the most modern playground in the town. It suits the quality and safety standards.

The local authorities welcome the initiative. Although there are other places to play, they are not so edge-cutting.

The kids from Orhei were nicely surprised, too. Vlad Plahotniuc’s Edelweiss Foundation inaugurated a playground in their town.

Orhei district president Tudor Golub says the new playground will be a safe place for the kids to pass their leisure time: "There few playgrounds in Orhei’s downtown, there are several places, as the Palace of Culture, high dwelling blocks, but no playgrounds."

The deputy minister of Regional Development and Constructions, Ion Stratulat, says the playgrounds are investing in the infants’ childhood: "They are so sophisticated and it’s a very good thing for the children, parents and grandparents.”

The Edelweiss Parks project is drawing to an end. 39 playgrounds have been inaugurated so far in all the district centers. The last one is going to be opened in Chișinău.