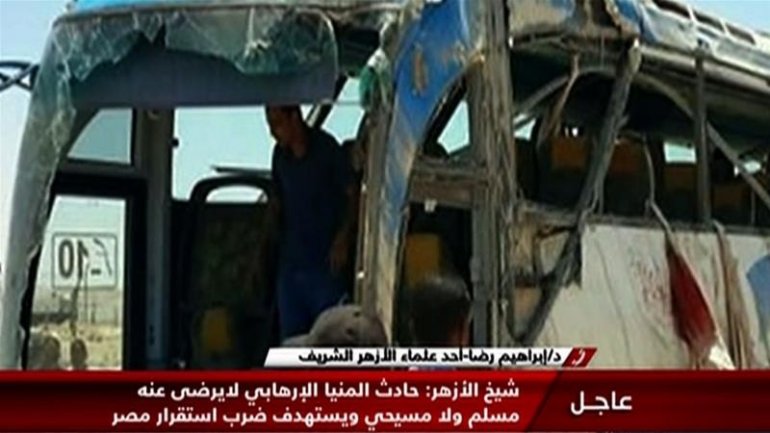 Masked gunmen on Friday attacked two buses and a truck carrying Coptic Christians in Egypt, killing more than 20 people and wounding dozens, according to officials.

The attackers arrived in three pick-up trucks and opened fire on the vehicles carrying visitors to the Saint Samuel Monastery in the Minya province, about 220km south of the capital, Cairo, before fleeing the scene.

The interior ministry said at least 26 people were killed and 25 wounded in the attack.

Pictures of a bus at the scene aired by state TV showed its windows shot out.