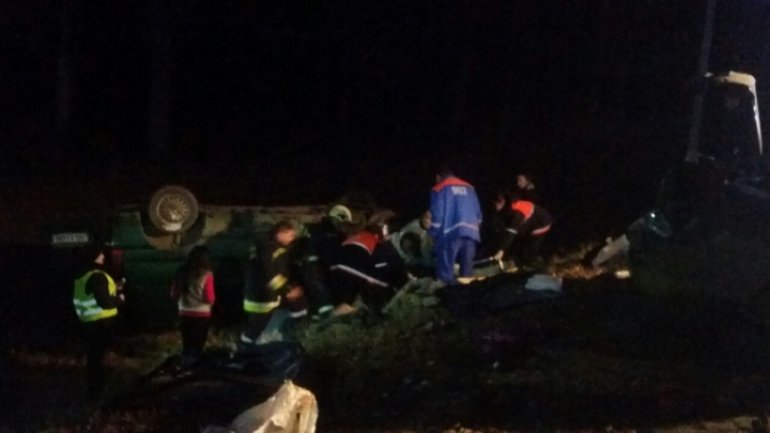 At least two people are reported to die in a severe car accident occurring this evening near Chisinau, on the road to Leuşeni. Two cars have been involved in the crash.

According to preliminary reports, 9 people were in the cars, including two children. Rescurers and firefighters have also been sent to the locale, as medics try to aid the injured.

The circumstances are to be yet established.