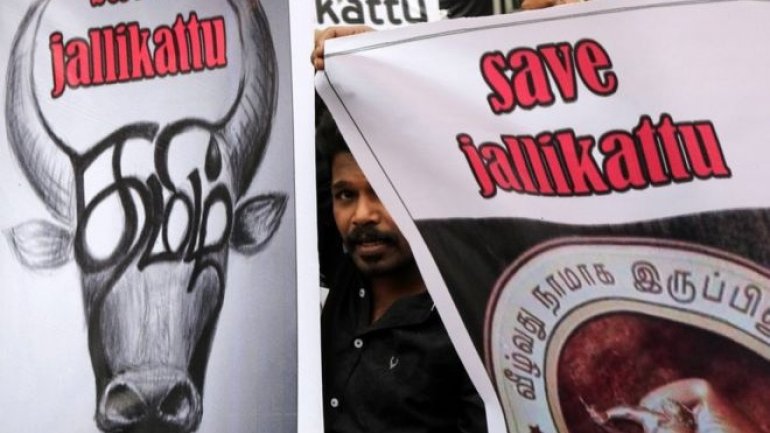 Two men have been gored to death in a bull-wrestling festival, as protests to permanently lift a ban on the controversial sport continue.

Dozens were also injured during the event, in Rapoosal, in the southern Indian state of Tamil Nadu.

Jallikattu was banned by the Supreme Court in 2014. But the government temporarily allowed the sport on Saturday, after large-scale protests.

Police are clearing protest sites, but about 5,000 remain in Chennai (Madras).

It added that the police had cordoned off the area, and all roads leading to the beach had been blocked.

Subduing angry bulls has long been practised in the state as a sport and is a key part of the harvest festival.

The court had banned jallikattu on the grounds that it was cruel to animals, informs BBC.

Animal rights activists say the spectacle causes unnecessary stress to the bulls who are released into a crowd and forced to fend off people trying to ride them.

Many in Tamil Nadu, however, are against the ban as they see jallikattu as an important part of their cultural heritage, and also say it ensures the preservation of native breeds of bulls.