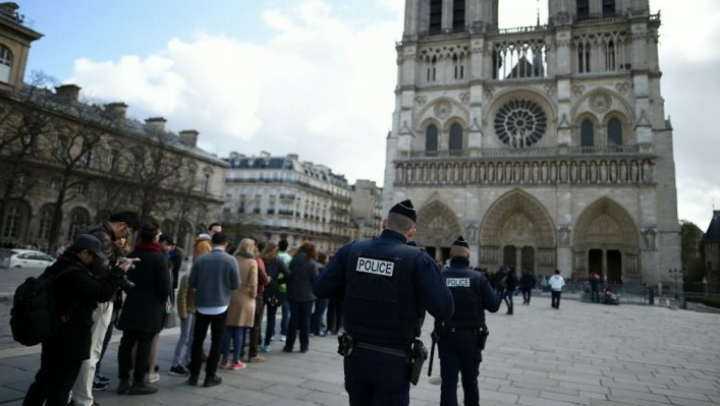 Two people were in custody Wednesday after a car parked near Notre Dame Cathedral in Paris was found with seven gas canisters inside, and its license plates removed.

An employee of a nearby bar flagged the car discovered Sunday morning along the Seine River with its hazard lights on, according to two French officials. No one was inside, but police found six canisters filled with gas in the trunk and an empty canister in the car.

The officials, speaking on condition of anonymity to discuss the investigation, said the car's owner and another person were taken into custody. French Interior Minister Bernard Cazeneuve said it still was not clear why the car was abandoned.

No detonator or materials that could have been used to ignite the canisters were located in the car, the officials said.