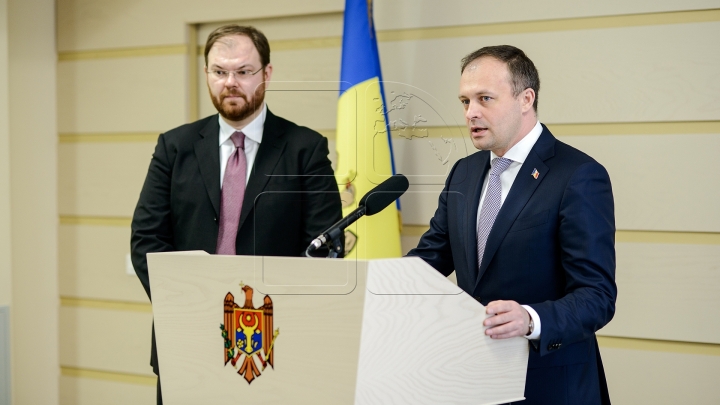 The name of two deputy governors have been proposed today to the Parliament for the approval. They are Vladimir Munteanu and Cristina Harea. The proposal was given by the Governor of the National Bank, Sergiu Cioclea, and was done during the meeting with the Parliament speaker, Andrian Candu.

In his turn, Andrian Candu mentioned that he will request from the Legal Commission names and immunities in order to examine urgently these nominations in order to be proposed to the Parliament for approval.

During the discussions, the National Bank governor presented the actual situation of the National Bank, the registered evolution and the actions carried out by the central bank for the strengthening of banking system of Moldova.

The officials also discussed the level of preparations of the banking legislation, a priority of the Parliament’s fall session, and the stage of the actions carried out by the National Bank on fulfilling the preconditions of the IMF in order to sign a new program with Moldova and offering a technical assistance of the rehabilitation of the banking system.