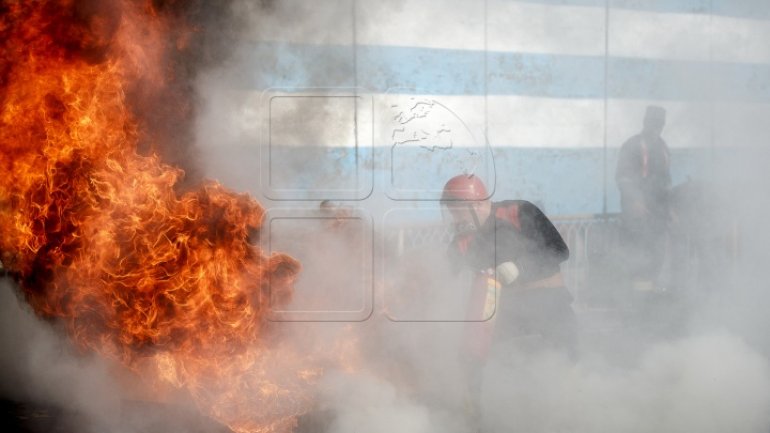 Two cars caught fire last night on Grenoble Street from the Capital. The vehicles were parked in the yard of an apartment block. Two firefighter teams were dispatched to the site. The flames took less than 10 minutes to extinguish. Supposedly the fire started from one of the car's engine, the flames spreading to another nearby parked car.

The car's owner that burst into flames refused to speak with the press.

Neighbors claim that they called the firefighters after seeing how fast it spreads:

"We hear a loud noise and the Mercedesul started burning. We called the firefighters and believe they arrived not five minutes later. Still, by the time they came here the Toyota was also covered in flames, they acted fast and extinguished them."

"There was a big fire, you cannot see it now, but you can see its consequences. When firefighters arrived, they stay for half an hour, if not an hour."

After the incident, the father of the second car's driver also came on site. According to him, the car was insured, but they are not sure if it will cover such cases.

"It was a liability coverage. I do not know if it can apply for such cases or not. The car cannot be repaired. Only the back tires are left in one piece" the driver's father said.

Luckily nobody was hurt, but the damages reach several dozen thousand of lei. It is yet unknown why the fire started in the first place