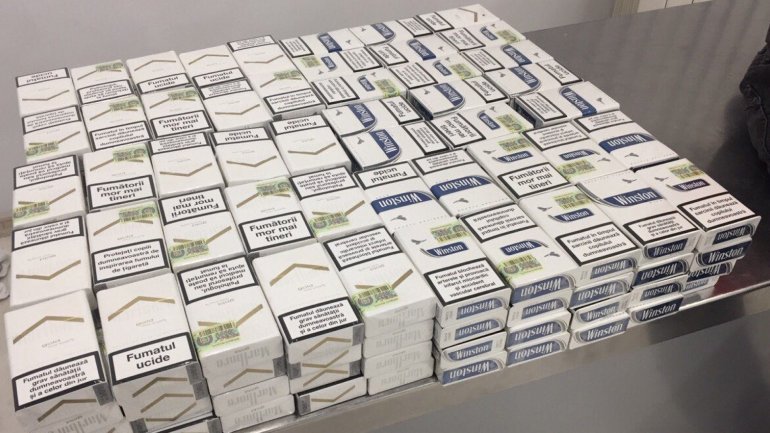 Two attempts at cigarettes smuggling were stopped at the customs, as a result 11.800 cigarettes were confiscated.

The first incident took place yesterday, afternoon, at Sculeni, 10th September 2017, when the custom's K9 detected the presence of forbidden items in the truck of a car, belonging to a citizen of Fălești. As a result boarder officers have found and seized 7.800 "Rothmans" cigarettes, with stamp excise from the Republic of Moldova.

A few hour later, the security from Chisinau International Airport took hold of 4.000 "Marlboro" and "Winston" cigarettes. The contraband was found in the  luggage of a 20-year-old passenger of the Chișinău-Dublin flight.

The items were seized and smugglers received a 4.500 lei fine each.