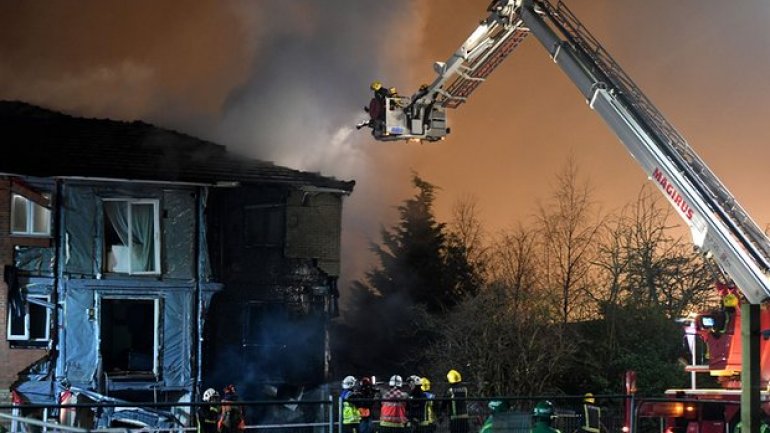 Two men have been arrested following an explosion at a block of flats in east London, The Guardian informs.

Police said the two men, who had both been taken to hospital for treatment to their injuries, were arrested on suspicion of arson. No further details on the men have been released.

About 60 firefighters rushed to the scene to tackle a large blaze that took hold in a residential block of flats in Hornchurch after the blast.

At least five people were injured, police confirmed. Four people were taken by London ambulance service to an east London hospital while another person presented themselves at hospital with injuries.