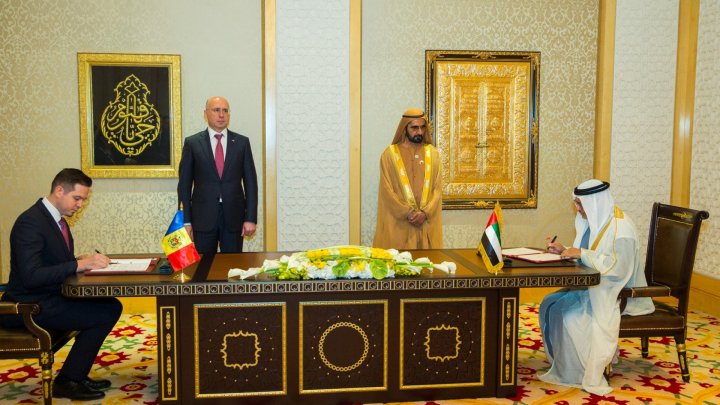 Through those Agreements the parties have also decided to established a mix Moldova - Emirates economic commission.

This will contribute to making bilateral economic relations more dynamic.

A Memorandum of Agreements was also signed for bilateral political consultations between the two Ministries of External Affairs. This document will contribute to the consolidation of partnership relations in areas of common interest and will establish a cooperation mechanism between the institutions of the two states.