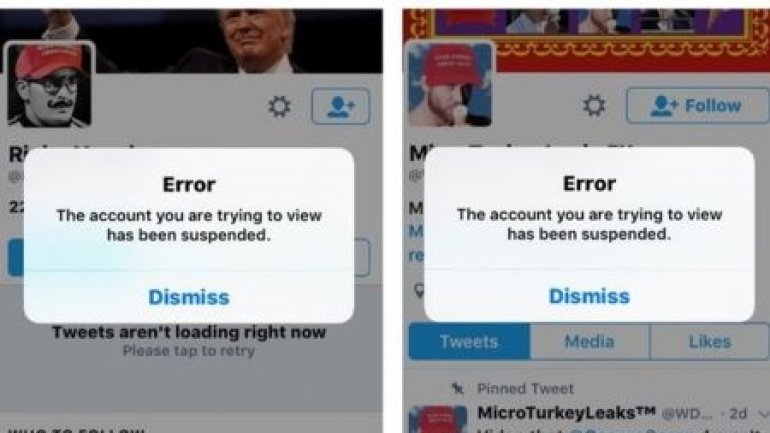 Twitter has suspended the accounts of several members of the American alt-right movement, including the leader of a white nationalist think tank, BBC informs.

The social network has not given an explanation for its actions.

But they come the same week it announced new ways for users to complain about hateful content.

Some alt-right figures have suggested a switch to Gab, an alternative micro-blogging service that promises "free speech for everyone".

But other have their doubts.

"Gab just seems like a pointless echo chamber, there are enough alt-right blogs and forums," wrote one supporter of the movement in a discussion thread about the Twitter suspensions.

"The benefits of Twitter are interacting with normies, influencing discussion and getting alt-right memes trending."