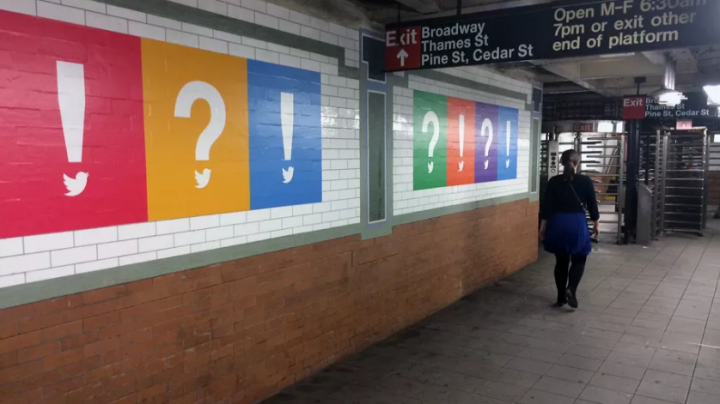 The ads are pretty cryptic in that they don’t do much of anything to actually explain what Twitter is or why you might use it — they’re just big exclamation marks and question marks with small Twitter birds replacing the periods. But in a short blog post outlining the new campaign, Twitter says it’s an extension of the “What’s happening?” digital campaign it launched in July which actually did explain what you’d use Twitter for.

So perhaps more is coming? Twitter CMO Leslie Berland wrote in a blog post that you’ll soon see more ads that “reflect and highlight the biggest stories unfolding on Twitter.” That feels like a relatively obvious nod to the Presidential election and recent debates, which Twitter also streamed.

Might Twitter soon plaster tweets from the candidates along New York City’s walls? A spokesperson declined to offer up specific details.