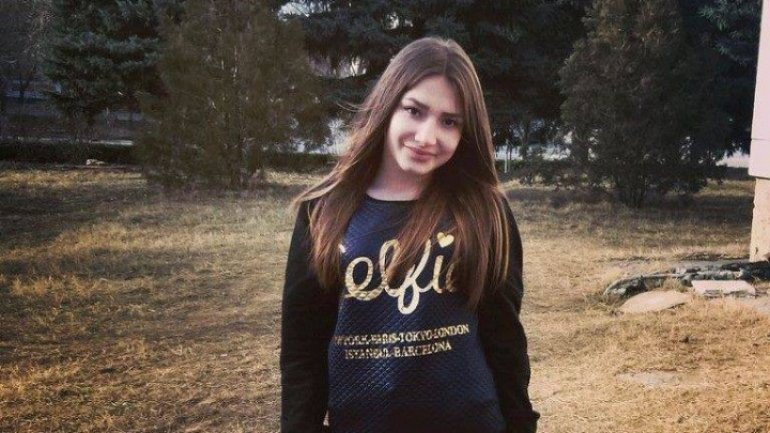 Conflicting testimonies in the case of the murdered girl. A local woman poses as a witness and claims that information circulating in the press are wrong.

According to the witness Mila Costenco, at the time she was found, the girl was naked and her clothes were beside her.

"The girl's dead body was found in the basement of a deserted house in the city. The minors bought a bottle of cognac and drank it together in the park. There were five young people. The girls fought for Cristina's boyfriend, who is 14 years old and its name is Evghenii Zagrojevschii. Cristina was in the park with them that night, because she trusted these guys and felt safe" said Mila Costenco.

"Initially the suspects claimed that after the beating, Cristina fled, afterwards said that in fact, they all together were gone, but she stayed behind. I talked to the mother of one of the suspects. The boy is 17 years old and studying in Romania.

The two arrested boys pointed this boy and accused him that he also participated in the crime and that all three committed the crime. The boy who is away in Romania, talked to his mother on Skype and told her that he was there they have consumed alcohol.

The boy said that came the brother of the girl with whom Cristina fought, grabbed her by the neck, assaulted her, then took his cousin, climbed into the car and they left. Then Cristina disappeared, according to the suspect. Afterwards, he might have met Evghenii Zagrojevschii, who together with Anatol Gulico, one of the detained persons, raped Cristina. They raped her, killed her, then went to a bar.

The second day, my daughter and Andreea, who fought with Cristina, met Evghenii Zagrojevschii. He comes every day from Chisinau to Straseni, to school. He asked them if Cristina was found" added Mila Costenco.

Two teenagers of 15 and 16 years were arrested in the case of the murder of Cristina Parhomenco in Straseni.

Another suspect of 17 years is gone in Romania, to study, and the fourth is 13 years old and cannot be detained. The information was provided by Straseni police and prosecutors.

Prosecutors allege that teenagers have admitted their guilt and told in details how everything happened.

One of the suspects is the girl's boyfriend. His lawyer says the boy admits his guilt.

According to the suspect, the girls quarreled in the park because of him, then went into the building, where they began to fight. He was the one who urged the rest to beat her.

Asked why the girl was naked, he says the 17-year-old boy might have returned to the scene and raped her.

In this case was initiated a criminal case for premeditated murder.

If they will be found guilty, the teenagers risk to spend the rest of their lives behind bars.