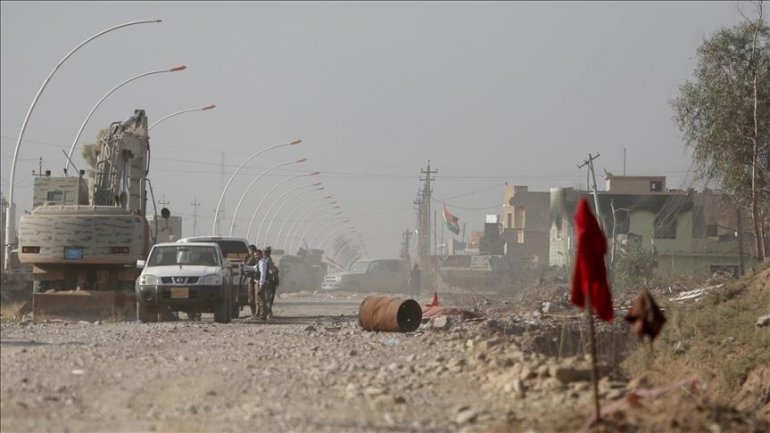 He said two Daesh suicide bombers had tried to attack security personnel deployed in the area but blew themselves up prematurely - killing three passersby - when asked to produce identification.

Al-Mosawi added that fierce street battles remained ongoing in Shoqaq al-Hadba, where a number of Daesh militants had amassed after fleeing eastern and southeastern parts of the city.

More than 100 vehicles carrying dozens of Hashd al-Shaabi fighters arrived in areas near Tal Afar on Thursday "to prepare for the sixth phase of the liberation campaign," Hasan said.

On the same day, Iraqi forces recaptured another district of southeastern Mosul, while two Iraqi troops were killed in clashes inside the city, Army Colonel Abbas al-Asadi told Anadolu Agency.