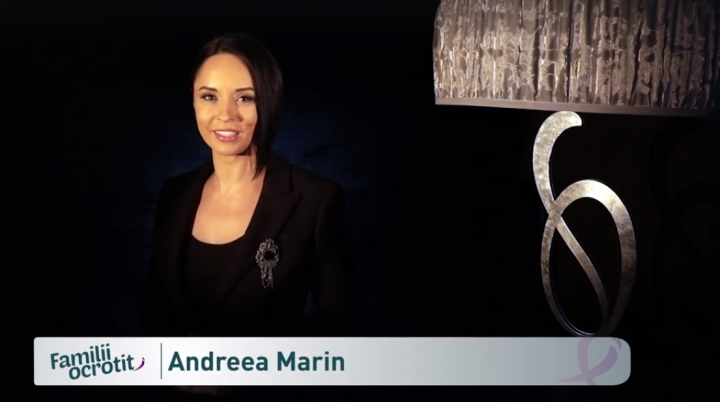 The Romanian TV personality Andreea Marin appears in a video spot placed on a social network, promoting the campaign and saying NO to domestic violence.

The Campaign “Protected Families” has started through the promotion of the national phone number dedicated to children 116111. On this number may be reported the cases of abuse of underage children and can be requested the involvement of authorities.

The informational Campaign was initiated by Vlad Plahotniuc’s Edelweiss Foundation and foresees the promotion to national level of prevention the domestic violence, and the way the victims may be helped. The first stage of the campaign foresees the fight against child abuse, followed by other forms of combating domestic violence.