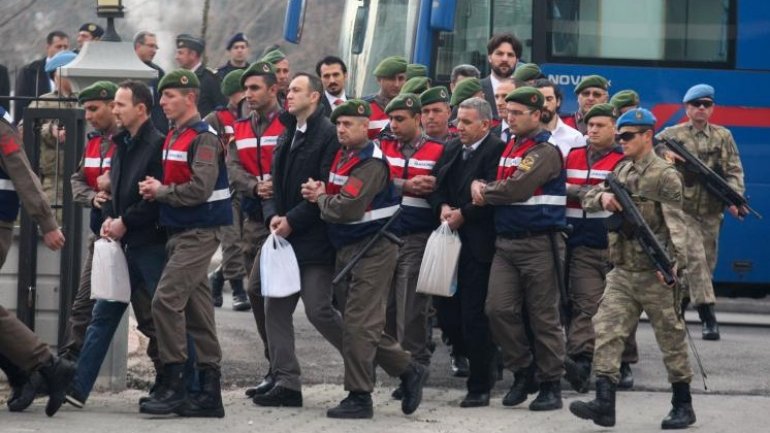 The trial of more than 40 Turkish soldiers accused of attempting to assassinate President Tayyip Erdogan during last year's failed coup started on Monday, with prosecutors seeking life sentences, according to the indictment obtained by Reuters.

Under tight security, the defendants were bussed in to a courthouse in the southwestern city of Mugla, not far from the luxury resort where Erdogan and his family narrowly escaped the soldiers, fleeing in a helicopter shortly before their hotel was attacked.

More than 240 people were killed during the July 15 failed coup, when a group of rogue soldiers commandeered tanks, warplanes and helicopters, attacking parliament and attempting to overthrow the government.

On Monday, prosecutors in Mugla charged 47 suspects, almost all of them soldiers, with multiple charges including attempting to assassinate the president, breaching the constitution and membership of an armed terrorist organization, according to the indictment.
AFLĂ imediat Știrile Publika.MD. Intră pe Telegram