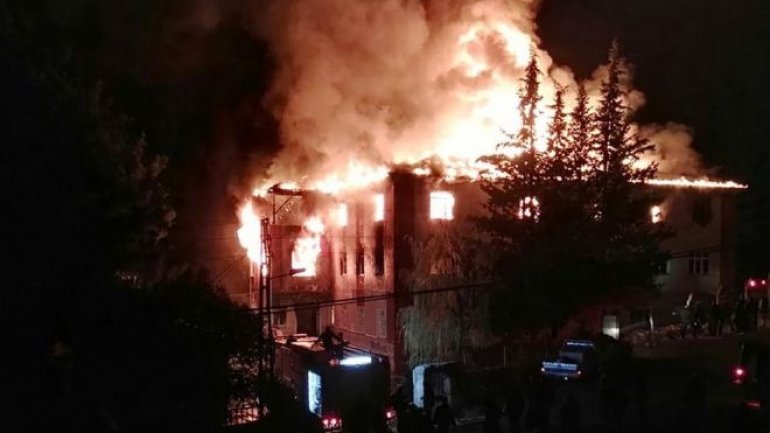 Eleven schoolgirls have died and at least 22 others were injured in a fire that swept through a school dormitory in southern Turkey, officials say.

A woman who worked at the dormitory also died in the fire in the town of Aladag, in Adana province.

The dormitory housed girls of secondary school age from impoverished families in nearby villages, reports said.

An initial investigation suggests the blaze may have been caused by an electrical fault, BBC reports.

The local mayor said it was likely that the door to the fire escape was locked. A government minister who visited the scene said it was an allegation that would be investigated.

Mahmut Demirtas, the governor of Adana, said some students were injured when they jumped from windows to escape the fire.

Mr Demirtas confirmed that 11 of the dead were students.

TV footage showed flames leaping from the roof of the building as firefighters battled to put it out.