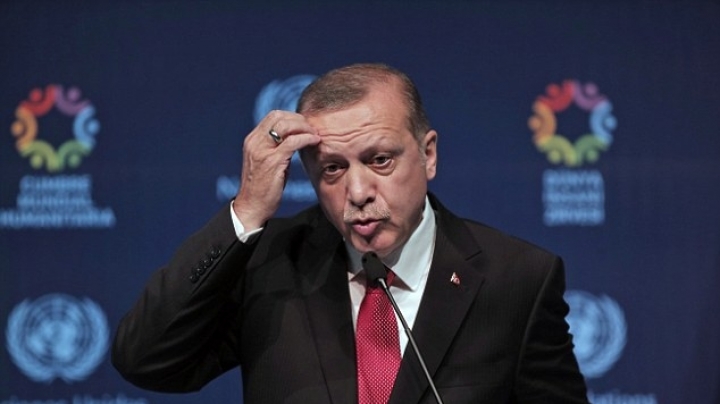 Turkey's president has accused the European Union of failing to uphold its side of a deal to stop migrants from entering Europe, reports Daily Mail.

Recep Erdogan says the EU has transferred only 2million of the 3billion euros promised to Ankara as part of the March agreement.

He also justified the possible reintroduction of the death penalty in Turkey in response to a recent failed coup.

Even before Turkey was thrown into crisis by the coup attempt, its deal with the European Union to stop migration westward was under strain.

Turks did not get the visa-free travel they were promised, and Greece was overwhelmed with asylum claims that have halted deportations for weeks.

Now critics of the agreement argue Turkey is even more unsafe, and warn the arrangement might collapse altogether - heightening anxiety in neighboring Greece, the main gateway for migrants into the EU.

Amnesty International says it has gathered evidence that people who have been detained in Erdogan's sweeping purge of suspected sympathizers of the attempted coup on July 15-16 are being beaten and tortured.

More than a million migrants crossed into the continent last year, mostly from Turkey to nearby Greek islands.

The number of arrivals fell dramatically after Ankara reached an agreement with the EU in March, sweetened with hefty financial support and promises to ease European travel restrictions for Turks.

NATO was allowed to patrol the eastern Aegean, while migrants arriving after March 20 were detained for deportation.