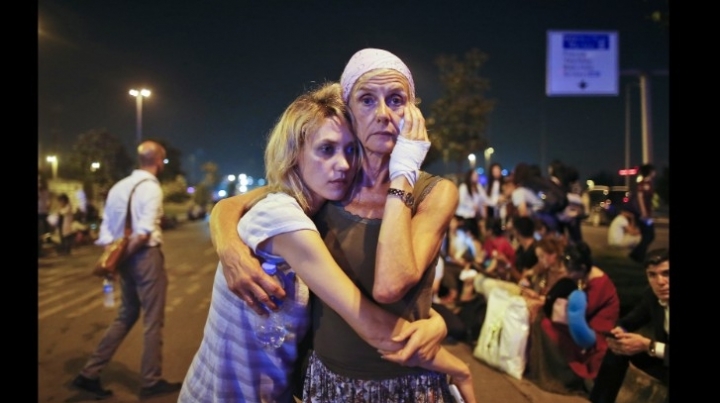 Turkish officials have strong evidence that ISIS leadership was involved in the planning of the Istanbul airport terrorist attack, a senior government source told CNN.

Officials believe the men - identified by state media as being from Russia, Uzbekistan and Kyrgyzstan - entered Turkey about a month ago from the ISIS stronghold of Raqqa in Syria, bringing with them the suicide vests and bombs used in the attack, the source said.

The terrorists rented an apartment in the Fatih district of Istanbul, where one of the attackers left behind his passport, the Turkish government source said.

The attack was "extremely well planned with ISIS leadership involved," the source said. Turkish police visited the Fatih area and showed neighbors video and photographs of three men they say are believed to have carried out the attack, residents said.

Among the pictures was a screen grab from surveillance video at the airport that shows three men wearing thick jackets and carrying bags, the residents said. One man, the owner of the Bekir Yar Emlak real estate agency, said he told police that the picture showed the men who had lived in his apartment. He said he was shocked to learn they could be the suspects.

Mustafa Elsan, the owner of a garage next to the apartment building, also said he was shown images of the alleged attackers. Elsan said he would see people smoking by the window of that apartment on the first floor of the building, but the curtains were mostly closed.

A female neighbor in the same building, who didn't want to disclose her name, said there was some smell of chemicals a couple of days ago from the apartment, prompting other neighbors to ask her whether there was a gas leak.