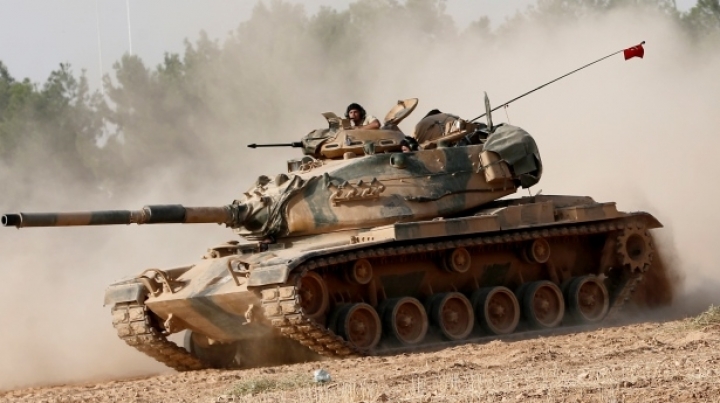 Two Turkish soldiers were killed and five wounded in a rocket attack Tuesday by Islamic State (IS) militants on their tanks in northern Syria, Turkish television reported, citing an army statement.

"Two of our hero comrades were martyred and five were wounded in a rocket attack on two of our tanks by Daesh (IS) elements," NTV television quoted the statement as saying. The fatalities are the first of Turkey's two-week operation inside Syria to be blamed on IS, AFP reports.