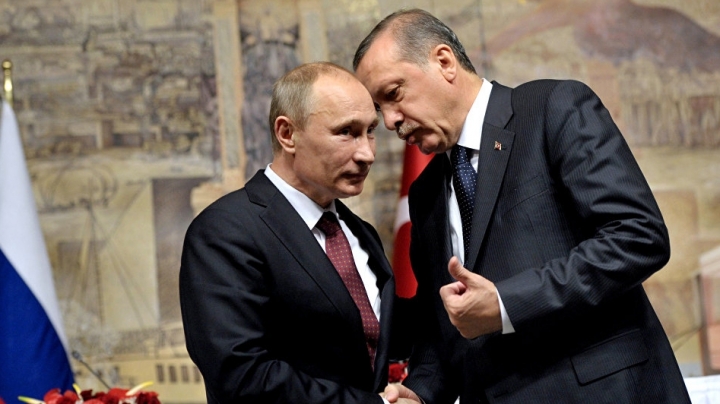 After months of icy relations between Moscow and Ankara over Turkey's downing of a Russian warplane, an ambiguously written letter appears to have set the stage for restoring good relations.

When Russian President Vladimir Putin telephones his Turkish counterpart Recep Tayyip Erdogan on June 29, it will be on the heels of press headlines in both countries that quote the same text in the letter as a victory for their side.

The letter in question, sent by Erdogan to Putin and made public on June 28, expressed the Turkish leader's condolences to the family of the Russian pilot killed in November after his attack aircraft was shot down in a disputed violation of Turkish air space.

At the heart of the polar-opposite interpretations is language in Erdogan's letter that seems almost tailor-made to be spun differently by Ankara and the Kremlin to their publics.

According to the Kremlin's official website, Erdogan wrote that "I once again want to express my sympathies and deepest condolences to the family of the deceased pilot and say 'excuse me.'"

But according to the Turkish text quoted by Hurriyet, the phrase was not "excuse me," but, literally: "I say do not feel offended."