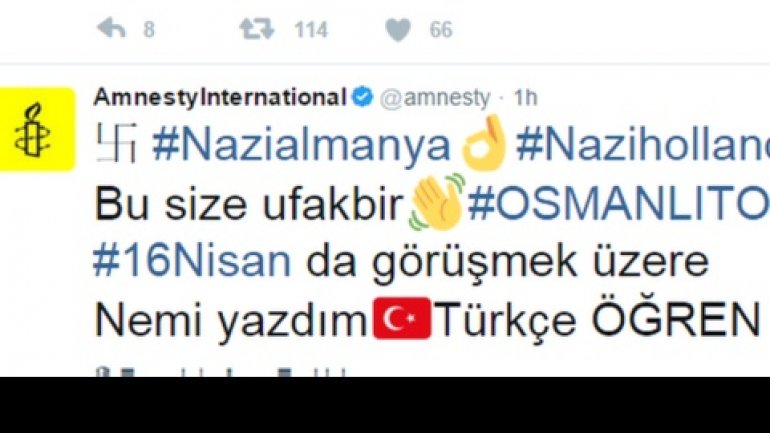 Twitter accounts, including those of Amnesty International and Unicef USA, have been hacked by a group claiming to support the Turkish government.

The hackers tweeted out messages in Turkish from the accounts including the words "Nazi Germany, Nazi Holland".

They had been due to address people of Turkish descent ahead of April's referendum in Turkey on expanding presidential powers.

Amnesty International and Unicef USA have not yet commented on the attack on their Twitter accounts.