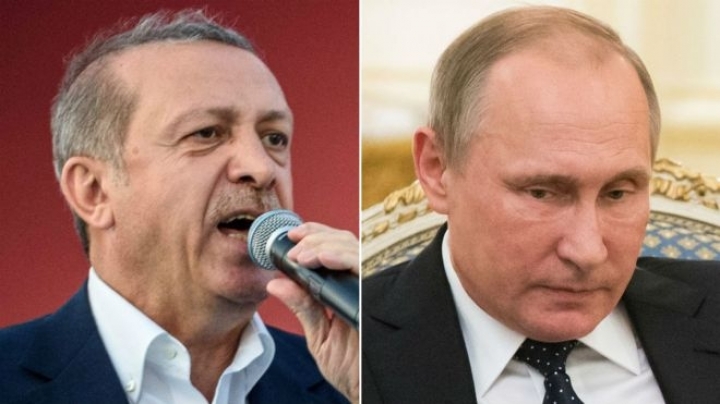 Turkish President Recep Tayyip Erdogan is due to hold talks in St Petersburg with President Vladimir Putin and says he wants to "reset" ties with Russia, BBC reports.

It is Mr Erdogan's first foreign visit since an attempted coup last month.

Relations between the two countries were plunged into crisis last year when Turkey shot down a Russian military jet on the Syrian border.

The visit comes as Turkey's ties with the West have cooled over criticism of a crackdown on alleged coup-plotters.
Before leaving Turkey, Mr Erdogan referred to President Putin as his "friend" and said he wanted to open a new page in relations with Russia.

"This visit strikes me as a new milepost in our bilateral relations, starting again from a clean slate," Mr Erdogan told Russia's Tass news agency.

Tuesday's talks in Moscow are expected to focus on re-starting trade and investment and on restoring important tourism and travel ties.

The two leaders will also seek common ground in resolving the conflict in Syria where they still back opposing sides.
The BBC's Sarah Rainsford says Russia is keen to capitalise on Turkey's cooling relations with the West following the failed coup.

Mr Erdogan has been angered by criticism from the EU and the US of the mass round-up of suspected coup plotters.

The crackdown has seen tens of thousands of public sector workers suspended or dismissed, with many having their passports cancelled.

About 18,000 people have been detained or arrested and there has been a massive reshuffle of the military.