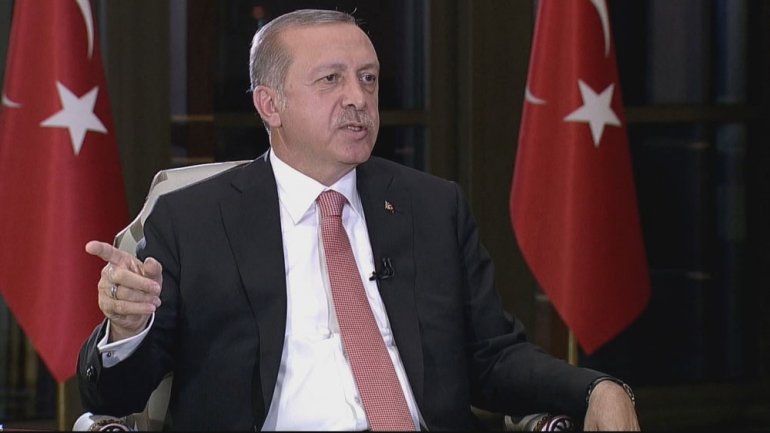 President Tayyip Erdogan said on Monday he believed Turkey's dialogue with the United States will gain pace after President-elect Donald Trump takes office and they will reach a consensus on regional issues.

"I believe we will accelerate dialogue when Mr Trump takes office. I believe we will reach a consensus with Mr Trump, particularly on regional issues, and make rapid headway," he told Turkish ambassadors gathered in Ankara for a conference.

Turkey is demanding the United States extradites the U.S.-based cleric whom it accuses of orchestrating a failed coup in July. The two NATO allies are also at odds over U.S. support for the Syrian YPG militia, which Ankara regards as a terrorist organization, Reuters reports.
AFLĂ imediat Știrile Publika.MD. Intră pe Telegram