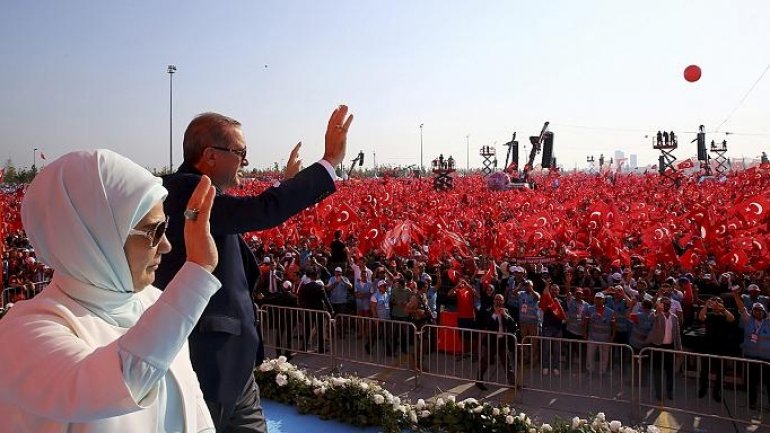 Turkish President Recep Tayyip Erdogan has rallied hundreds of thousands of supporters in a gathering in Istanbul, days before a milestone referendum that seeks to grant his office extended powers.

If adopted, constitutional changes proposed in the April 16 referendum will be transform Turkey from a parliamentary system to an executive presidency, significantly expanding the powers of the presidential office.

"At this point it is not enough for us to adopt the constitutional changes. We have a much bigger responsibility," Erdogan told cheering supporters.

"Istanbul should say 'Yes' in such a way that the hearts of all who look at the Turkish nation in a malicious way should tremble, starting from the ones who defiled this holy city 99 years ago," he said, referring to the war fought against occupying European powers after the World War I.

Turkish officials have been engaged in a war of words with Germany and the Netherlands since last month after the two European Union member states barred Turkish ministers from rallying at referendum campaign gatherings within their borders.

Erdogan and his Justice and Development Party (AK Party) say the new system will make Turkey more efficient and stable.