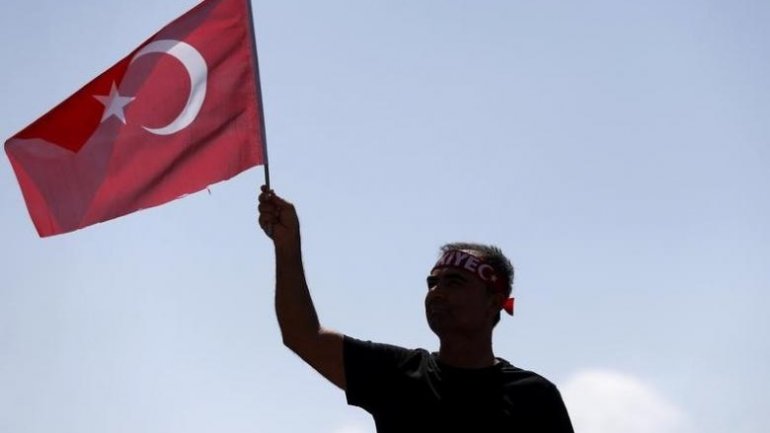 Turkey suspended from duty 168 officers and 123 non-commissioned officers from its navy over alleged links to a coup attempt in July, the defense ministry said on Sunday, as the government continues its purge, reports Reuters.

It also dismissed 15 officers and 4 non-commissioned officers from the navy, the statement said.

Since the failed coup attempt, more than 110,000 judges, teachers, police and civil servants have been suspended or dismissed and 36,000 formally arrested in a crackdown that President Tayyip Erdogan's critics say is quashing legitimate opposition.

Late on Saturday, an Istanbul court formally arrested the chairman of opposition newspaper Cumhuriyet at Istanbul's main airport on Friday, days after nine of its executives and journalists were formally arrested.

Authorities had ordered the paper's editor and senior staff be held in jail pending trial over the secularist newspaper's alleged support for a coup attempt on July 15.

Under the state of emergency declared after the coup attempt, police can detain suspects for up to 30 days before a court must decide whether to issue a formal arrest warrant pending trial.

Turkey has also closed more than 130 media outlets since July, raising concerns among its Western allies about deteriorating press freedoms.