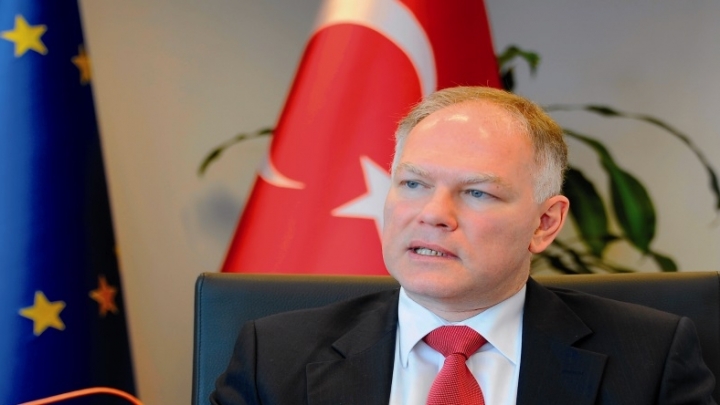 Turkish Ambassador to the EU told a German newspaper that Ankara's goal is to become an EU member state on the 100th anniversary of the Turkish republic.

"The Turkish government wants to join the EU by 2023," Selim Yenel told "Die Welt" in an interview published Friday. "It would be the pinnacle for my country, being a member then."

In the long run, not being a member was not acceptable for his country, he added.

Michael Roth told Reuters that it was clear from the start that a migrant deal struck between the EU and Turkey required completion of 72 criteria before Turks could be granted visa-free travel.

Turkey says it's complying with its end of the migrant deal. More than a million refugees and other migrants have reached Greece in smugglers' boats from Turkey since the beginning of last year, on their way to Europe's prosperous heartland, especially Germany.

But since the EU-Turkey deal came into effect on March 20, the flow has slowed down to just over 10,000 people -- at least 482 of whom have been returned to Turkey.