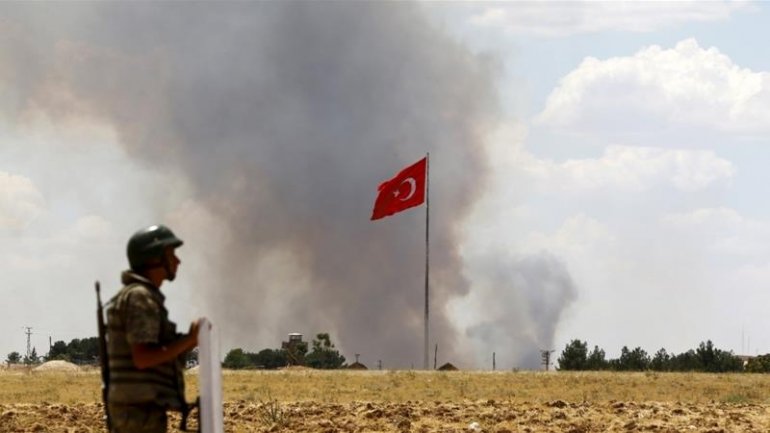 Turkey restricted access to social media websites for several hours after the Islamic State group released a video purportedly showing two Turkish soldiers being burned alive, as Turkish warplanes on Friday pounded the extremist-held town in Syria near where the soldiers are believed to have gone missing, informs The New York Times.

IS released the video late Thursday, which purports to show the killing of two soldiers captured near the northern Syrian town of al-Bab last month. Turkish officials have not commented on the video. Syrian activists said the soldiers went missing in the area of al-Dana, northwest of al-Bab, in late November.

Turkey Blocks, an internet monitoring website, said it had detected the "throttling of Twitter and YouTube," affecting many users in Turkey. Turkey frequently restricts access to social media websites to prevent the spread of graphic images and other material authorities say would harm public order or security. The websites appeared to be back to normal on Friday.

Police meanwhile rounded up 31 suspected IS militants in Istanbul and were searching for 10 others wanted by prosecutors investigating the extremist group, the state-run Anadolu Agency reported.

Turkish warplanes have meanwhile carried out airstrikes over the past three days on al-Bab, killing dozens of people.

The IS-run Aamaq news agency said a Friday airstrike on al-Bab killed at least 20 people, and released a video showing infants among the dead being pulled from the debris.