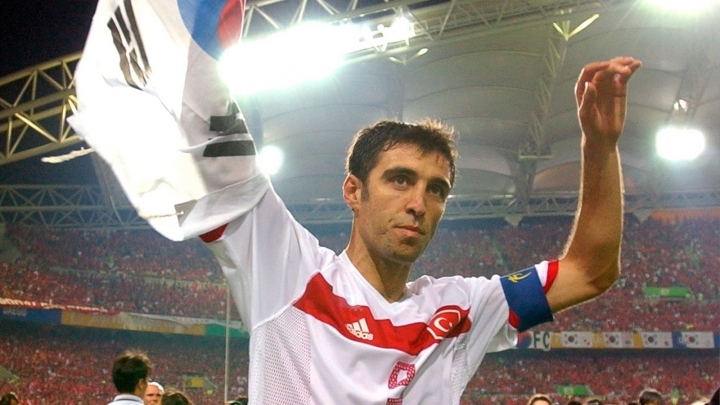 Turkish authorities have issued a warrant for the arrest of former soccer star and legislator Hakan Sukur over his links to a U.S.-based Muslim cleric, accused by Turkey of masterminding last month's failed coup, reports ABC News.

Meanwhile, Turkey's foreign minister told reporters that 32 Turkish diplomats who were called back to Turkey as part of an investigation into the coup attempt had failed to return.

Turkey has launched a massive crackdown on alleged supporters of the movement led by Fethullah Gulen in the aftermath of the July 15 coup attempt that left more than 270 people dead, raising concerns among European nations and human rights groups.

More than 35,000 people have been detained for questioning while tens of thousands of others from government jobs, including in the judiciary, media, education, health care, military and local government. Gulen, who runs a network of worldwide charities and schools from self-imposed exile in Pennsylvania, has denied any knowledge or involvement in the coup.

The state-run Anadolu Agency said an arrest warrant was issued for Sukur late Thursday, accusing him of "membership in an armed terror organization." His father Selmet Sukur was detained in the northwestern province of Sakarya on Friday, hours after a warrant was also issued against him, the agency reported. A court has also ordered that both men's assets in Turkey be seized, Anadolu said.

Sukur, who reportedly left Turkey last year, played for Inter Milan and Galatasaray and was Turkey's top goal-scorer in international competitions. He has made no secret of his affiliation to Gulen, and resigned from the ruling party in 2013 following a government rift with the movement.

During a joint news conference with his Iranian counterpart, Foreign Minister Mevlut Cavusoglu said that of the 208 diplomatic personnel serving in foreign posts recalled following the coup, 32 had not complied and had fled to other countries.

Cavusoglu added that the ministry was in touch with the countries to which they had fled, seeking to secure their return.

Turkey has branded Gulen's movement a terror organization and wants the cleric returned to Turkey to face trial. Washington has said it would need evidence of the cleric's involvement, and says the regular extradition process must be allowed to take its course.

During Friday's press conference, Cavusoglu said that a delegation from the U.S. Department of Justice would be arriving on Aug. 22 and meet with their Turkish counterparts on the following two days to discuss the extradition request.

Justice Minister Bekir Bozdag said the U.S. delegation would include three Justice Department experts and one from the State Department.

Germany's Foreign Ministry meanwhile, confirmed a report by the weekly Der Spiegel that a German woman who was arrested in Turkey following the coup attempt was released on Friday. It said in an emailed statement that it welcomes the release and continues to press for "the principles of the rule of law to be upheld in working through the attempted coup."