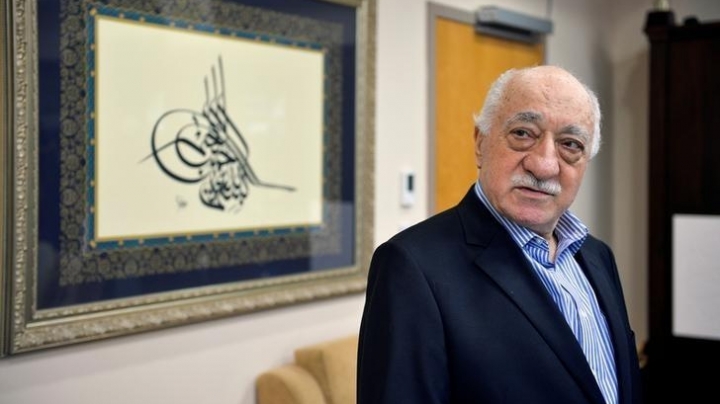 Turkey has made a formal request to the United States for the arrest of U.S.-based Turkish cleric Fethullah Gulen on charges of orchestrating an attempted military coup on July 15, Turkish broadcaster NTV said on Tuesday, reports Reuters.

Turkey blames members of Gulen's religious movement for the failed putsch two months ago, in which rogue soldiers commandeered tanks and fighters jets, bombing parliament and seizing bridges in a bid to take over power.

Turkish President Tayyip Erdogan discussed the issue with U.S. President Barack Obama at the G20 summit in China earlier this month. A senior U.S. administration official said at the time that Obama had explained to Erdogan that the decision would be a legal, not a political one.

NTV said the justice ministry had requested Gulen's arrest for "ordering and leading the coup attempt". The ministry could not immediately be reached by Reuters for comment.

Gulen, who has lived in self-imposed exile in the U.S. state of Pennsylvania since 1999, has denied involvement in the coup attempt.

Turkey has sacked or suspended more than 100,000 soldiers, police and civil servants since the failed coup on suspicion of links to Gulen's network. At least 40,000 have been detained.

Erdogan has said Washington had "no excuse" for keeping hold of Gulen, a former Erdogan ally who Turkish officials say has built up a network of followers over decades inside the armed forces and civil service to take over Turkey.

Any arrest of Gulen could be a first step towards extradition. But lawyers say the process could take years. Even if approved by a judge, an extradition request would still have to go to the U.S. Secretary of State, who can consider non-legal factors such as humanitarian arguments.