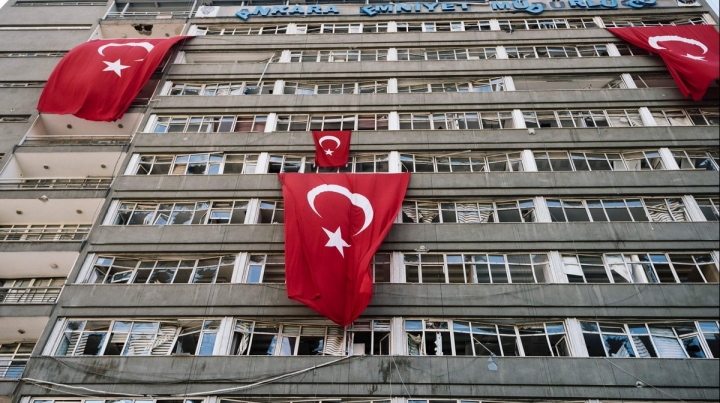 The Turkish government has banned all academics from foreign travel as part of wide-ranging restrictions put in place in Turkey following a failed military coup on July 15.

Turkey's High Board of Education made the announcement on July 20 and said the ban would be in place "until further notice."

The announcement comes one day after Turkey's High Board sacked 1,577 deans at universities across Turkey and revoked the licenses of some 21,000 teachers working in private institutions.

The moves are seen as attacks against U.S.-based Muslim cleric Fethullah Gulen, who has been accused of masterminding the attempted coup, which resulted in more than 200 people being killed.

Gulen, who actively promotes educational institutions in Turkey and other countries, has condemned the coup attempt and rejected any connection to it.

Meanwhile, Turkey's telecom agency on July 20 blocked access to the WikiLeaks website one day after it leaked hundreds of thousands of e-mails from the ruling Justice and Development Party.

WikiLeaks said it had obtained the e-mails before the coup attempt but had decided to release them "in response to the government's postcoup purges."

An estimated 50,000 soldiers, police, judges, civil servants, and teachers have been suspended or detained since the attempted coup, Radio Free Europe reports.