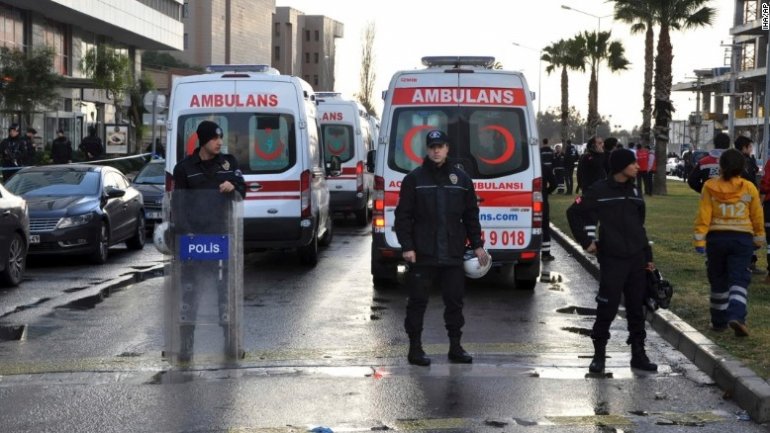 (17:30) A police officer and a courthouse staff member both died in the attack, while others have been injured.

Video of the clash between gunmen and police in front of İzmir Court, Turkey, following an explosion. pic.twitter.com/3hFJX1gSLP

(16:39) Seven people have been injured following an explosion near a courthouse in the city of Izmir, western Turkey, the country's state-run Anadolu news agency reports.

(16:20) Police have killed two attackers and are hunting a third attacker following the explosion.

A suspected car bombing has struck a court in the Turkish city of Izmir, followed by a barrage of gunfire, according to Independent.

At least three people were injured by the blast, CNN Turk reported, with a large number of judges and lawyers at the entrance to the courthouse at the time.

Photos taken from surrounding buildings appeared to show a vehicle on fire in the building's car park.

Gunfire rang out following the attack, as ambulances and emergency services rushed to the scene and people were moved to safety, amid fears of a second bomb.

It follows a series of terror attacks across Turkey by Isis and Kurdish extremist groups.

Isis claimed responsibility for the latest attack in the early hours of New Year's Day, where a gunman massacred 39 people at a nightclub in Istanbul.

Izmir, the third-largest city in Turkey, sits on the Aegean Sea and is a popular destination for tourists visiting Turkey's coastline