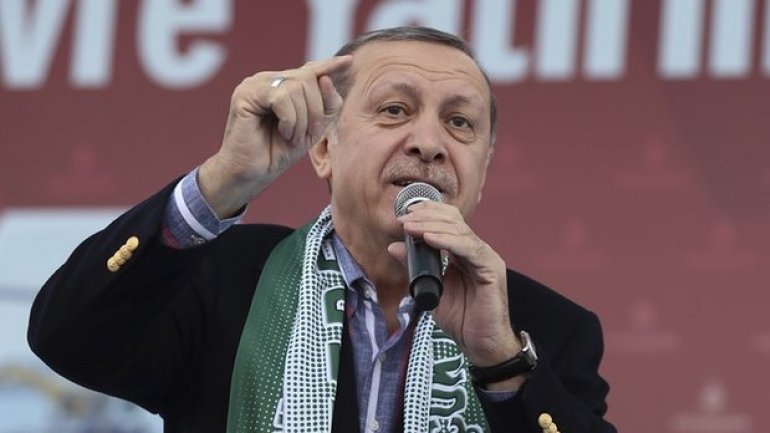 Turkish authorities have detained a journalist working for the BBC’s Turkish-language service in the south-east of the country, according to The Guardian.

Hatice Kamer was held while reporting on a mine disaster in the Kurdish-dominated Siirt region that left 10 miners dead, BBC Turkce said.

Its statement said Kamer had been trying to talk to relatives of the miners at the copper mine, which collapsed on 17 November. Rescue efforts are continuing with six people still missing.

There had been no explanation of the reason for her detention, it added, and no comment from Turkish officials.

BBC Turkce said Kamer was a board member for the association of journalists in south-east Turkey.

Dozens of journalists have been detained in Turkey under the state of emergency in the wake of the failed coup on 15 July. Critics say the scope of the crackdown goes far beyond measures against the suspected coup plotters and is targeting any critic of president Erdogan.

According to the Platform for Independent Journalism website, 145 journalists are behind bars in Turkey, which is ranked 151st of 180 countries in the 2016 World Press Freedom index published by Reporters Without Borders.

Mahir Zeynalov, a US-based Turkish journalist who has drawn attention to the widespread detention of his colleagues, tweeted:

Ten staff from the anti-Erdoğan Cumhuriyet daily were arrested earlier this month, causing an international outcry. Several of the journalists under arrest are from the Kurdish-majority southeast where the outlawed Kurdistan Workers’ party (PKK) is waging a deadly insurgency against the military.