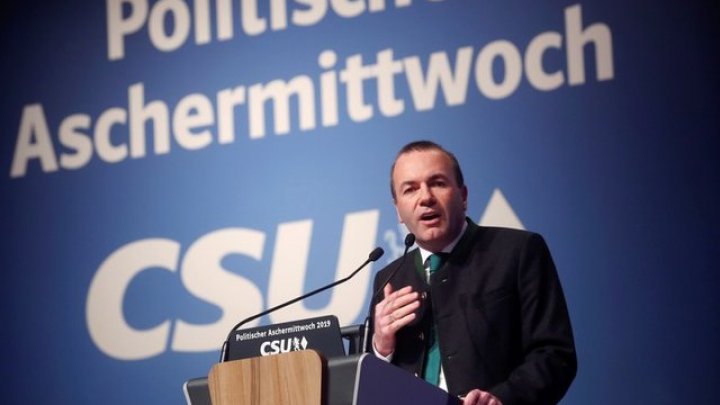 Turkey says EU membership remains one of its top strategic goals even though accession talks, formally launched in 2004, have been stalled for years.

Weber, the center-right EPP candidate to be EU Commission President after European Parliament elections in May, told German conservatives in Bavaria "everyone wants good relations with Turkey, everyone wants to work closely together".

"But if I become Commission president, then I will instruct the offices in Brussels to end the talks with Turkey on accession to the European Union," he said to rapturous applause.

In October, President Tayyip Erdogan said he would consider putting Turkey's long-stalled bid to join the EU to a referendum, signaling exasperation with a process he says has been waylaid by prejudice against Muslims.