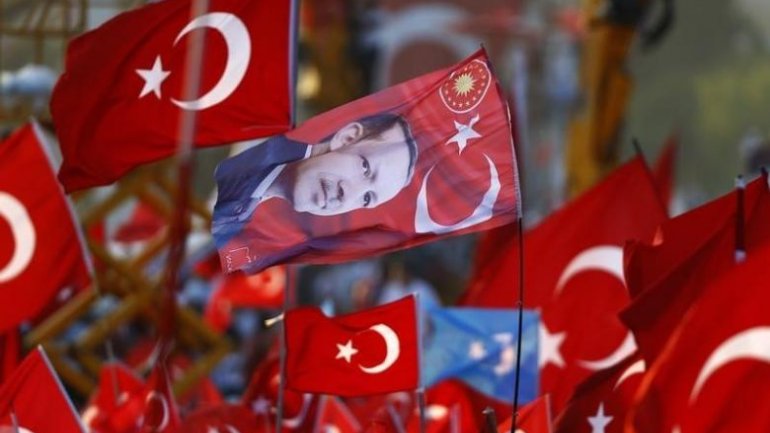 Thirty from the group have been arrested so far, NTV said.

Turkey has seen two mass arrests in the police force since Oct. 7, that the government says aims to root out supporters of U.S-based cleric Fethullah Gulen, who Ankara blames for masterminding the abortive coup.

Gulen denies accusations he was behind the coup, during which more than 240 people were killed.

Some 32,000 people have been jailed, and 100,000 military officers, police, teachers, judges, prosecutors and others have been sacked.

On Wednesday, the Defence Ministry said the armed forces had dismissed 201 more personnel from its air force and 32 more from the navy.

Authorities said that all 215 officers listed were suspected of using ByLock, NTV said, a smartphone messaging app used by Gulen's followers since 2014. Most of the warrants were for officers in Ankara, though others were in 13 provinces, it said.

Parliament on Tuesday voted to prolong a state of emergency for three months in a vote that was more of a formality, as the ruling AK Party commands a large majority and the opposition Nationalist Movement Party had pledged its support of the move.

Deputy Prime Minister Numan Kurtulmus said Turkey's entire population had been harmed by supporters of Gulen, which the government refers to as the Gülenist Terror Organisation (FETO).

"There are no victims in FETO - only the 79 million people FETO victimized," he said on Wednesday.