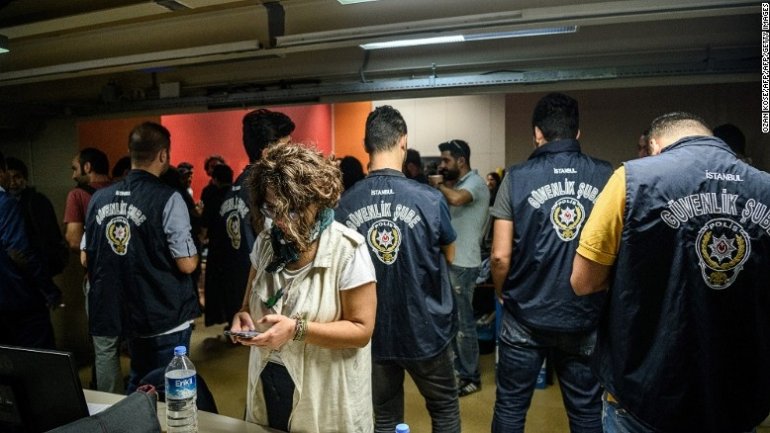 Turkey has arrested 13 journalists in an ongoing wave of government crackdowns following a coup attempt in July, CNN reports.

Early Monday morning, Turkish police detained Murat Sabuncu, editor-in-chief of the newspaper Cumhurriyet, along with a dozen other reporters in a raid, according to official news agency Anadolu.

The Turkish government has accused the journalists of publishing stories to "legitimize the coup d'etat" just before the July 15 coup attempt. The journalists are accused of crimes on behalf of enemies of the state.

The arrests followed a weekend during which more than 10,000 public servants were fired and over a dozen media companies were shut down.