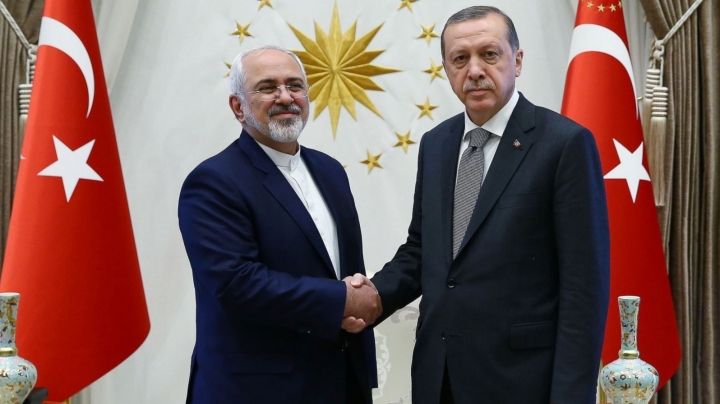 The foreign ministers of Turkey and Iran agreed Friday to boost trade relations and pledged greater cooperation on resolving the Syria crisis despite their divergences on the issue.

At a joint news conference, Iranian Foreign Minister Mohammad Javad Zarif expressed his country's support to Turkey over last month's failed coup attempt by renegade officers within the military that left more than 270 people dead. Turkey has complained of a lack of solidarity from Western allies who have raised concerns over Turkey's massive crackdown on alleged supporters of a movement led by U.S.-based Muslim cleric Fethullah Gulen. Turkey accuses Gulen of orchestrating the coup.

"I congratulate the Turkish nation for the defiance they showed against the coup-plotters," Zarif told reporters, in comments translated into Turkish. "They showed the people of the region that they would not allow democracy and their rights to be taken away from them through coups and the use of force."

Turkey and Iran have held opposing positions on Syria, with Iran backing the government of Syrian President Bashar Assad and Turkey advocating his departure.

Turkish Foreign Minister Mevlut Cavusoglu said however, that despite differences Turkey and Iran "would strengthen cooperation for a lasting peace in Syria."

Zarif said the two countries converged on the need "to maintain Syria's territorial integrity, the need for the Syrian people to designate their own future."