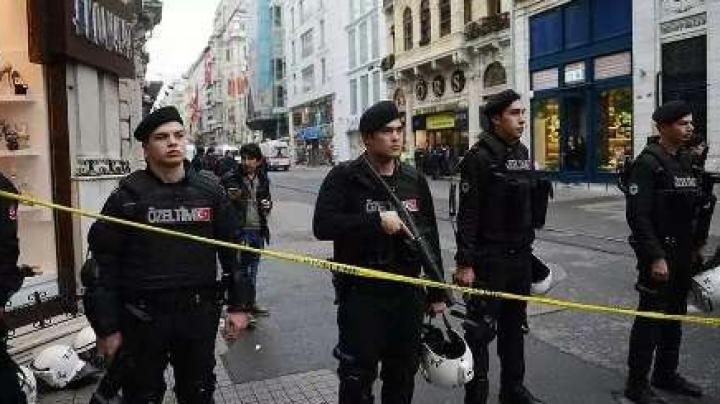 The explosives were remotely detonated as the vehicle passed through the busy Vezneciler district at the morning rush hour, reports said.

No group has said it carried out the attack.

Violence in Turkey has escalated recently as a result of tensions with Kurdish separatists and the conflict in neighbouring Syria.

Four civilians and seven police officers were among the dead, Istanbul's governor, Vasip Sahin, said. Some 36 other people were injured, he added.

Pictures showed the wreckage of a bus destroyed and the facade of nearby buildings damaged. Armed police were also seen next to the site.

Reports said gunfire was heard in the area after the blast, BBC reports.