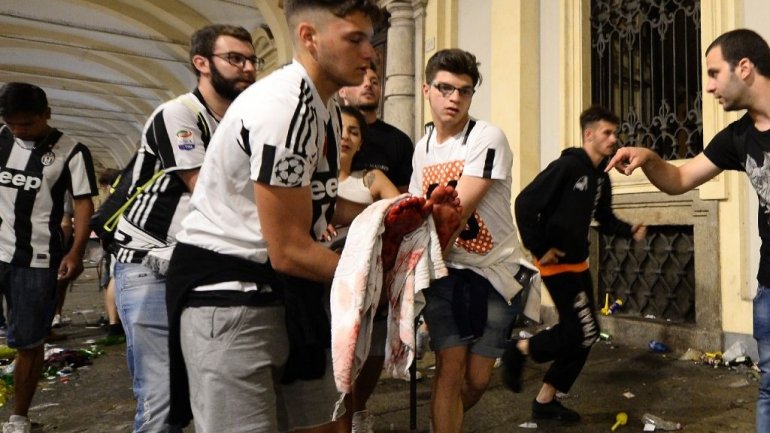 AFP reporters witnessed the chaotic scenes that ensued in a packed square 10 minutes before the end of the match on Saturday evening.

The panic seemed to have been triggered by fireworks being let off and one or more people shouting that a bomb had exploded -- a notion that quickly filtered through the crowd.

The incident compounded a miserable night for supporters of Juventus, who lost the Cardiff final 4-1 to Real Madrid.

It also underlined the impact recent acts of terror are having on a jittery public across Europe and the problems now faced by organisers of any mass gathering of people following the Bataclan, Paris and Manchester concert attacks.