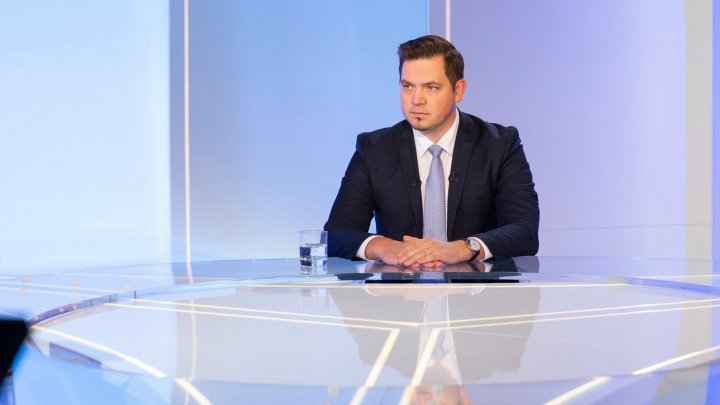 The Ministry of Foreign Affairs and European Integration has notified the mediators and observers in the settlement of the Transnistrian conflict regarding the so-called official representation of Tiraspol opened last week in Moscow.

Foreign Minister Tudor Ulianovschi also declared on Fabrika on Wednesday although its designation was changed to a socio-cultural foundation, there're still several irregularities.

"We notice that on the plate, it exists the unrecognized coat of arms of Transnistrian republic or there can be no such elements on the plate.

The partners will be called in the 5 + 2 format and the 3 + 2 format. We will present the position of the Government of the Republic of Moldova to deny and condemn such actions", said Tudor Ulianovschi, the Minister of Foreign Affairs.

The minister also mentioned the so-called Tiraspol decree, according to which the Varniţa village in Anenii Noi district is temporarily under the control of the Republic of Moldova, and the administration functions are exercised by the alleged local structures in the village of Proteagailovca.

"Regarding Krasnoselski's statement and the document he would have signed, obviously this document is illegal and denied. The Varniţa territory is the territory of the Republic of Moldova and clearly recognized internally.

We will act swiftly, pragmatically and in cooperation with international partners, especially those in the 5 + 2 format, "said Foreign Minister Tudor Ulianovschi.

Earlier, Prime Minister Pavel Filip asked the relevant Ministry to refer the representatives of the mediators and observers to the Transnistrian settlement process in connection with the provocative approaches recently made by the so-called structures in the Transnistrian region regarding Varniţa village, Anenii Noi.

Until 1992, the beginning of the Nistru conflict, Varniţa was in Bender. Now it is part of the Anenii Noi district.