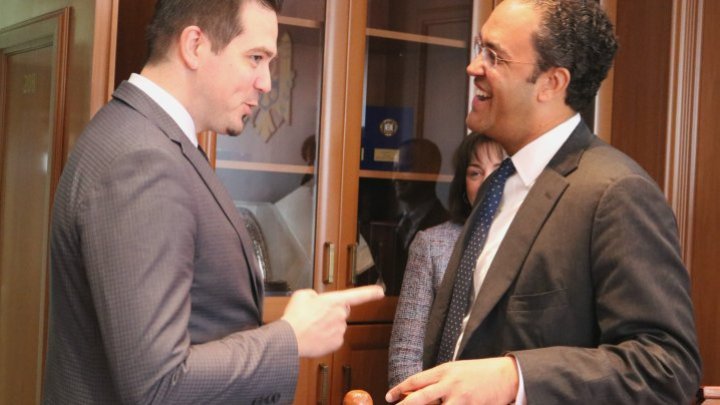 The qualitative advancement of the Moldovan-American dialogue contributed to the realization of several strategic development programs of the country in different fields.

The statement was made by the Minister of Foreign Affairs and European Integration, Tudor Ulianovschi, during a meeting with Congressman William Hurd, Member of the Board of the House of Representatives for the Surveillance and Reform of the US Government.

In this context, Minister Tudor Ulianovschi expressed the interest of the national authorities in boosting the Moldova-US Strategic Dialogue, including through the activation of the joint working groups, which would allow the implementation of strategic programs for our country, related to the implementation of the reforms in the economic fields , energy, justice, financial-banking, infrastructure, etc.

"Thanks to the assistance provided by the US Government through various bilateral projects, especially through the USAID government agency, Moldova's citizens have experienced changes in several areas of social and economic life.

"We are sure that the new $ 11.2 million USAID program launched on January 30, 2018 for structural reforms in Moldova will further contribute to the sustainable development of the country, to the quality of life and well-being of citizens " said the Foreign Minister.

The Minister reiterated his appreciation the support from US Congress for Moldova by stating the support for the territorial integrity, sovereignty and European path of our country.

Congressman William Hurd highlighted the importance of strengthening the capabilities of the state to counteract the influence of external factors, taking into account the security challenges in Eastern Europe.

The US official also mentioned the efforts of the Chisinau authorities in the process of consolidating economic policies and solving the vulnerabilities in the banking sector and noted the IMF mission's appreciation of the progress made in rehabilitating the financial system.

At the end of the discussion, the interlocutors evaluated the main directions for developing the political dialogue between Moldova and the United States of America, including at the level of legislative bodies.