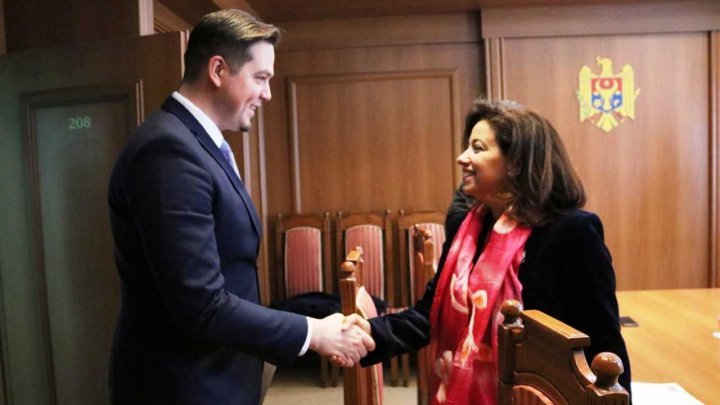 The two officials discussed the cooperation of Republic of Moldova with UNDP, as well as the priorities of mandate of new representative.

Minister Tudor Ulianovschi highlighted the continuity of UNDP's integrating role in co-operation with other agencies and programs in the UN system, especially at country level.

He expressed the hope that UNDP's expertise and support in the implementation of the 2030 Agenda an integral part of the National Development Strategy "Moldova 2030", will continue to be an eloquent example of sustainable initiatives aimed at strengthening the economy, social impact and environmental protection.

During the discussion, Tudor Ulianovschi and Dima Al-Khatib reviewed the main projects developed and carried out by the UNDP team in the Republic of Moldova. The officials focused on the objectives of the Country Program (2018-2022).

Minister Tudor Ulianovschi wished the new UNDP Resident Representative in the Republic of Moldova to be successful in exercising the high responsibility mandate.