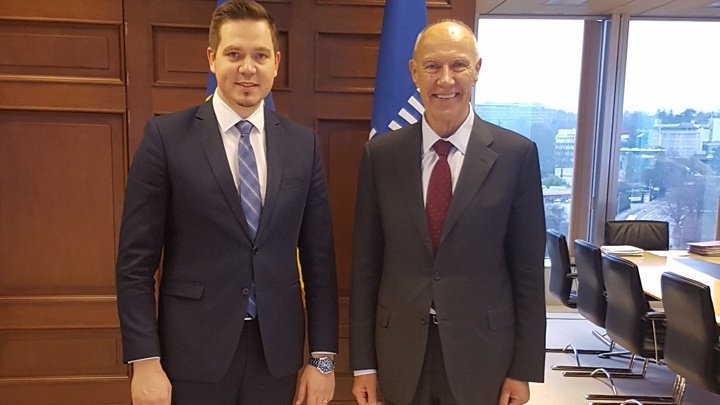 The High Representative of UN was informed that Republic of Moldova submitted the instrument of ratification of the Marrakesh Treaty for blind or visually impaired people to access publish works, administrated by WIPO. Ratification of the treaty represents an important step in promoting the rights of this category of people and integrating them socially and professionally.

At the topic of implementing the 2030 agenda, especially of the Aim for Sustainable Development No. 9 on renovation, the Moldovan official mentioned the optimization of national research and innovation system, by merging the Public Institution "Research and Development Agency", the Agency for Renovation and Technological Transfer and International Projects Center of the Academy of Science of Moldova into a single institution - National Agency for Research and Development. The institution will be responsible for evaluating the projects forwarded by scientists, through competition, regardless of the institution they belong to.

At the same time, the officials spoke of the 57th reunion of WIPO members states from October 2017, expressing his hopes that all issues encountered in promoting the normative agenda will be overcome during this year.