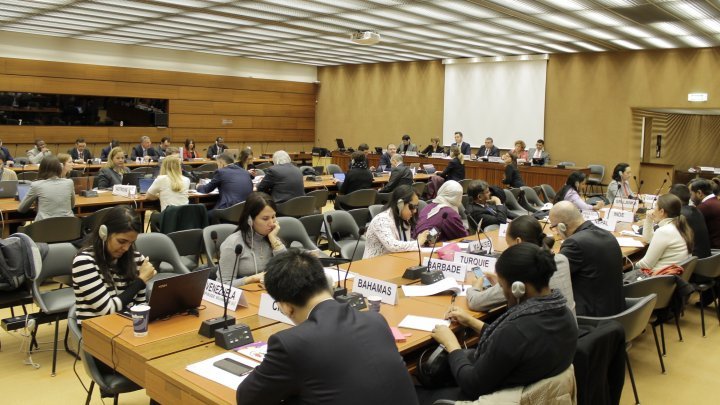 Minister Tudor Ulianovschi underlined that reaching the UN Sustainable Development Objectives must become the final aim of all trade strategies, which will following be coordinated with politics and initiatives of UN agencies at international level.

For this, the conclusions of experts on United Nations Conference on Trade and Development in fields such as trade, sustainable development, investments, IT, finance and electronic trade will be evaluated by the Member States when taking political decisions regarding Sustainable Development.

At the reunion of UNCTAD, led by Minister of Foreign Affairs and European Integration, Tudor Ulianovschi met with Deputy Secretary-General of the United Nations Conference on Trade and Development, Isabelle Durant, where the activity of UN specialized agencies for the next mandate was drawn. Minister Ulianovschi also expressed his gratitude for the technical assistance in facilitating trade, UNCTAD offered Republic of Moldova in creating the Integral Customs System ASYCUDA World, which allows acceleration and digitization of import-export procedures and customs controls.

At the same time, on the occasion of UNCTAD Annual Report, Minister Tudor Ulianovschi offered an interview as President of United Nations Conference on Trade and Development, where was discuses the structural reforms from within UN and the strategy for implementing the Agenda for Sustainable Development. The interview offered by Tudor Ulianovschi will be published today at UN within the UNCTAD Annual Report.