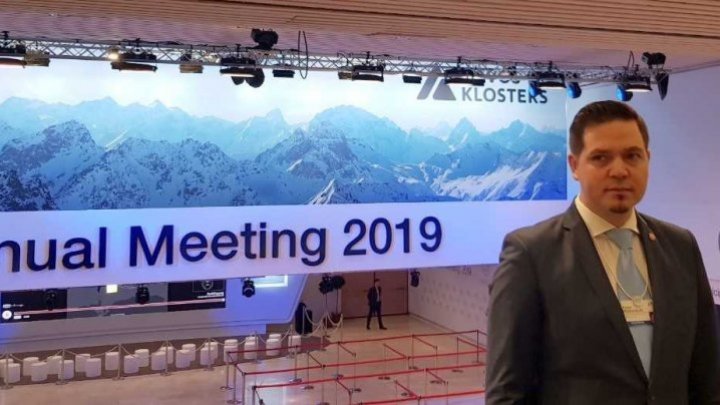 The Republic of Moldova is interested in expanding political and diplomatic dialogue with different countries, making better trade-economic relations and intensifying trade with world countries, including Asia, the Persian Gulf and other areas, and attracting foreign direct investment into the national economy by raising awareness multinational companies. The statement was made by the Minister of Foreign Affairs and European Integration, Tudor Ulianovschi, during the meetings and discussions with senior officials from different states and representatives of the business environment, participants in the biggest World Economic Forum, opened works in Davos, Switzerland.

During talks with Singapore Finance Minister Heng Swee Keat, head of Moldovan diplomacy, expressed the interest of the Republic of Moldova in expanding and intensifying the diplomatic presence of our country in the Asian region by establishing an Honorary Consulate in Singapore during the current year. At the same time, the two Ministers had an exchange of views on the acquisition of Singapore's experience in developing industrial parks and managing Smart Cities - Smart City, as well as reforming the public procurement system by involving multinational companies and ensuring institutional transparency.

At the same time, Minister Tudor Ulianovschi met today with representatives of multinational companies, such as Bahrain's Economic Development Board General Director Simon Galpin, Al Dahra Holding Vice President, Khadim Al Darei, Executive Director of the Multilateral Investment Guarantee Agency (MIGA), Keiko Honda, in which Minister Ulianovschi reiterated the interest of domestic producers in our country to expand the exports of Moldovan products to the Persian Gulf region, presenting national projects to attract foreign investments in the development and modernization of the educational process in our country by taking over Best Practices of the Multilateral Investment Guarantee Agency.

Representatives of the Al-Dahra multinational Holding, which initiated trade relations with more than 65 states, will carry out a documentary visit to the Republic of Moldova in the near future, and representatives of Bahrain's Economic Development Council have expressed an interest in signing a Memorandum of Cooperation with the Agency Attraction of Investments in the Republic of Moldova.

The management of the Multilateral Investment Guarantee Agency has expressed its interest in offering the Republic of Moldova the best practices in the process of regulating public-private partnerships, as well as securing the guarantee of foreign investments in the infrastructure domains of our country.

The opening ceremony of the World Economic Forum was held today in Davos in the presence of the President of Switzerland and the founder of the World Economic Forum, the famous Professor Klaus Schwab. The opening ceremony was attended by heads of state, prime ministers, ministers, top leaders of various international organizations, representatives of many multinational companies and civil society.
AFLĂ imediat Știrile Publika.MD. Intră pe Telegram