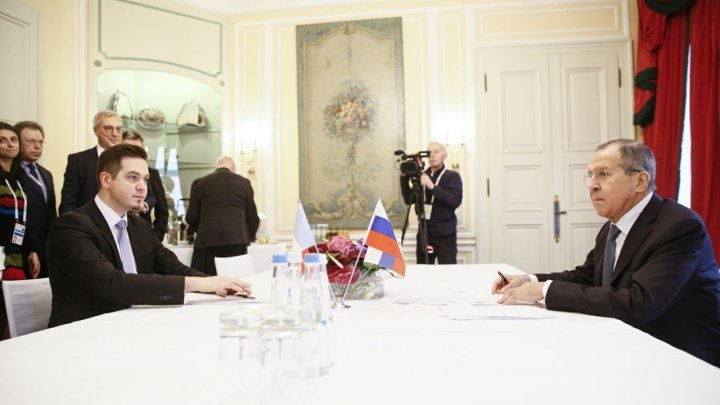 Minister of Foreign Affairs and European Integration, Tudor Ulianovschi has met at Munich Security Conference his Russian counterpart, Sergei Lavrov. The officials have spoken of subjects from the current bilateral agenda, among which counts the regulatory process of the Transnistrian conflict.

The officials have accentuated the necessity to improve the political dialogue, by identifying mutually beneficial solutions for advancing cooperation in priority areas. Minister Ulianovschi has also met his Georgian counterpart, Mikheil Janelidze. The two officials spoke of the necessity to incorporate their efforts to deepen cooperation with the European Union.

Munich Security Conference is at its 56th edition. It is a major global forum for the discussion of security policy. It includes 30 debates and 120 speeches by political leaders.