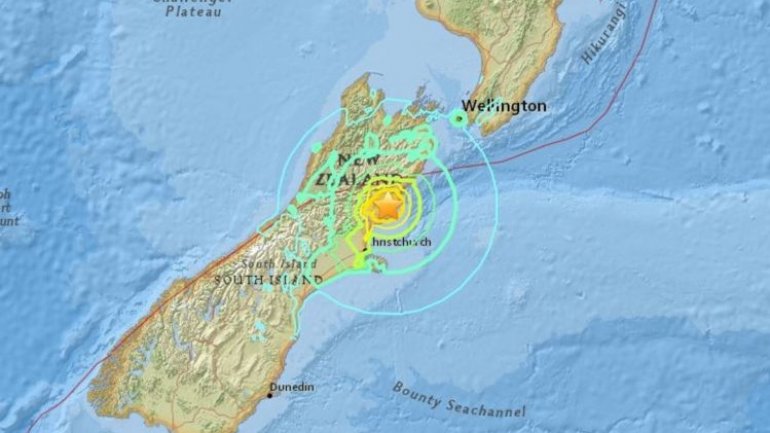 New Zealand's civil defence has issued a Tsunami warning after the country's South Island was struck by a powerful 7.4 magnitude earthquake, The Telegraph reports.

The Civil Defence of New Zealand has declared in a twitter post that: "The first wave may not be the largest. Tsunami activity will continue for several hours"

The tremor hit roughly 57 miles away from Christchurch, the largest city on the country's South Island.

The scale of damage and the extent of injuries is unclear.  Initial reports said the quake was felt as far away as Auckland.

"I hope everyone is safe after the earthquake tonight. The civil defence is looking into the impact of the quake. Follow them to stay updated," Jon Key, the country's prime minister, wrote on Twitter minutes after the tremor took place.

Terrified New Zealanders have begun posting photographs of their homes in the aftermath of the quake.

A spokesman for New Zealand's ministry of civil defence issued a tsunami warning and told people living near the southern and eastern coasts of the South Island to get to high ground as soon as possible.

Tamsin Edensor, a mother of two in Christchurch, said the shaking lasted a "long" time.

"We were asleep and woken to the house shaking, it kept going and going and felt like it was going to build up," she told AFP.

New Zealand sits on the "Ring of Fire," an arc of seismic faults around the Pacific Ocean where earthquakes are common. An earthquake in 2011 in Christchurch killed 185 people.