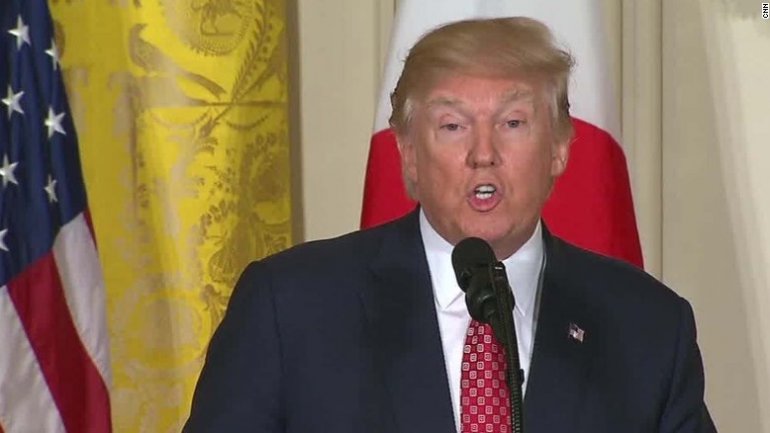 "President Trump has made it very clear that he expects the Russian government to de-escalate violence in the Ukraine and return Crimea," Spicer said at a daily news briefing. "At the same time, he fully expects to and wants to get along with Russia."