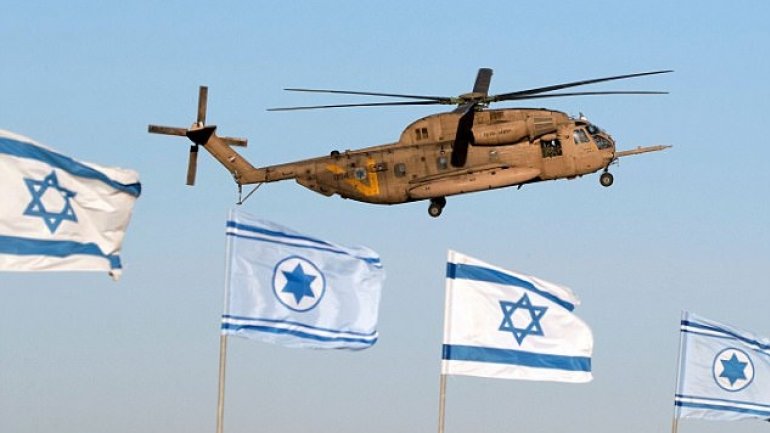 Details of the classified Israeli intelligence operation that led to the banning of laptops on flights have been revealed.

The operation by Israeli special forces in Syria found out that ISIS terrorists were working on transforming laptops into bombs.

Donald Trump controversially spilled the intelligence to Russian envoys in a secret meeting in the Oval Office in May, infuriating Israel.

Now, two Israeli intelligence sources have told Vanity Fair about how the intelligence was obtained in a highly dangerous a night-time mission by Israeli crack troops.

They landed a few miles from an ISIS base where terrorists were developing a laptop bomb.

They were told about the base by an inside man - either an undercover Israeli who managed to infiltrate the group or an ISIS traitor who was passing information.

The elite troops then boarded two jeeps cleverly disguised as patrol vehicles with Syrian Army markings and headed to the base.

The details then become hazy as one source claims the troops spiked an ISIS meeting room with a tiny microphone while another says they manipulated a nearby phone line so it could ingeniously overhear the terrorists' conversations.

The commandos then got back to their choppers and headed home with their bug ready.

Listeners from Unit 8200 - Israeli's spy team - then had to wait weeks to gather any intelligence as they listened from a base in the Golan Heights on the Syria-Israel border, not knowing if their inside man was right or wrong.

But eventually they heard an ISIS soldier explaining how to make a laptop into a bomb that could pass through airport security.

Israel then told American officials and this led to US and British authorities announcing restrictions on large electronics in carry-on baggage for direct flights from certain Middle Eastern and North African nations in March.

Then in May, Trump caused a furor by telling Russian foreign minister Sergei Lavrov and Russian ambassador Sergei Kislyak about the intelligence in a secret meeting in May in which the only media allowed to attend was a Russian state photographer.

He allegedly bragged at the meeting: 'I get great intel, I have people brief me on great intel every day,' before detailing the operation.

Israel felt Trump had compromised and endangered their inside man and feared Russia would share intelligence with its ally Iran, Israel's most feared enemy.

A former Israeli commando told Vanity Fair that he feared the inside man may have been killed by ISIS and suggested Trump may be to blame.

He said: 'Whatever happened to him, it's a hell of price to pay for a president’s mistake.'

Trump, true to form, defended his decision to share the information with Russia in a series of tweets saying he thought it would save lives.