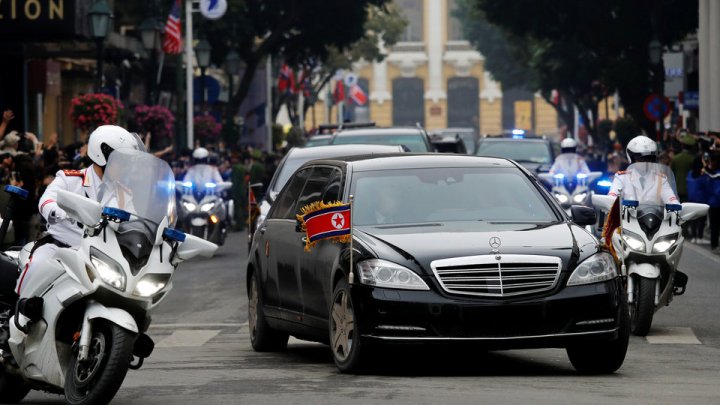 Kim and the US President Donald Trump will meet for their second nuclear summit this week.

During their first summit in June 2018, they laid out an agreement for denuclearization and "lasting and stable peace regime on the Korean Peninsula."

As Business Insider's Alexandra Ma reported, Kim took a three-and-a-half day ride on an armored train to get to Vietnam.

Vietnam is a significant location for both North Korea and the United States.

North Korea provided both "material and personnel" to Vietnam during the Vietnam War against the United States, The New York Times reported, and there are gravestones in Vietnam (though their remains were repatriated) for North Korean pilots killed during the war.

For the US, Vietnam was the site of a long and ultimately failed war that ended with North Vietnam defeating the US backed south in 1975. Since 1995, the two countries have worked to normalize relations (and become healthy trade partners), which The Times noted could be a model for North Korea.

"Heading over to Vietnam for my meeting with Kim Jong Un," the president said, on February 25, local time. "Looking forward to a very productive Summit!"

The US Secretary State Mike Pompeo arrived on Tuesday.